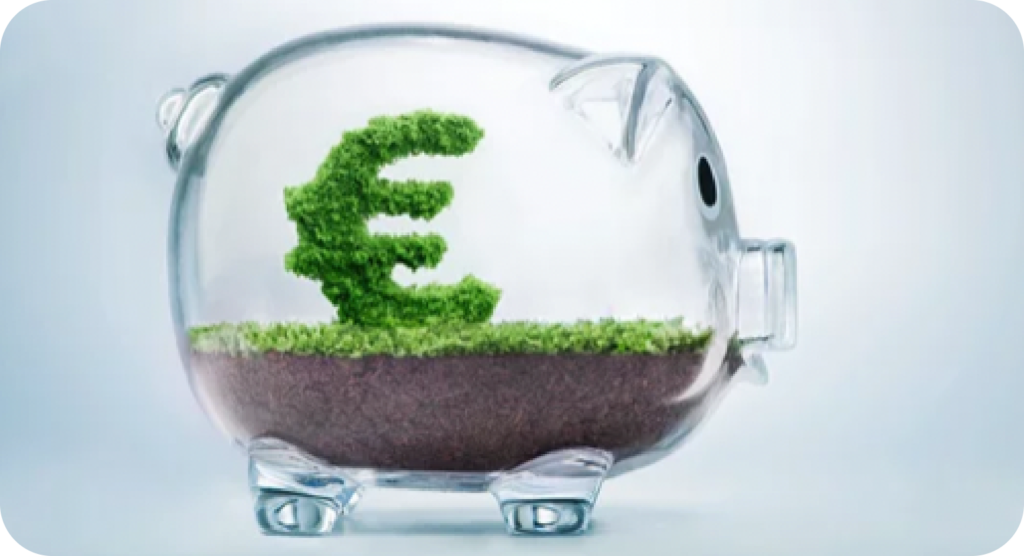 As countries around the world look for ways to bounce back post-COVID, there’s been greater emphasis on building back better and greener economies.

Weaning ourselves off the addiction to fossil fuels remains difficult, though. The International Energy Agency forecasts rebound in energy demand and CO2 emissions in 2021.

And that time has come to try green money, starting with the green-euro.

Carbon Offsetting is a controversial proposition as its climate efficacy is not always guaranteed.

For example, 60% of voluntary carbon offsetting is reforestation programs. A newly planted tree will capture CO2 while growing, and the carbon will be captured if the tree can live over 100 years according to the carbon life cycle. Who knows if the tree will be watered enough to still be alive in 100 years ? ``

In addition, the “opportunity cost” reminds us there is no possibility to plant trees to capture 100% of our CO2 emissions. This would mobilize too much land, in competition for food, and too much labor, in competition with other economic activity.

Carbon offsetting is however an interesting solution, as it inspires people to pay for carbon emissions. It puts a price on carbon (with prices ranging from €0.1 to €1 000 per ton of CO2 abated, depending on the project), an important first step for fighting climate change. As people pay for carbon, they can start to ask themselves about price, quantity, and return on investment. They can then look at their own emissions, and their own abatement cost. Offsetting is thus complementary to the €G proposition vers comment marche €G, and a good way to trigger its usage.

97% of our users did not know their carbon footprint and without information action is not made possible. However, information alone, accurate or approximative lien vers carbone sont faux, even communicated relentlessly, does not trigger long-term change in behaviour. This is well demonstrated for smokers, or in the energy sector for example. Indeed, since the first Oil Shock in 1974, fossil energy consumption continues to rise despite all “energy savings” campaigns.

The €G proposition overcomes this barrier by rewarding people for action: incentive of the €G issuance Rule N°2 gives €G 44.60 for one ton abated. Additionally, €G currency is setting-up of a collective narrative on climate change.

Green-banks are offering to invest people’s fiat currency savings in non-fossil companies (and quite often to plant trees as well). This is a powerful action for users. However, the savings focus does not provide solutions to customers for immediate climate action today.

The €G proposition overcomes this barrier by rewarding people for action: €G issuance Rule N°1 gives access to credit in €G for action and the incentive of the €G issuance Rule N°2 makes the borrowing very cheap. Here again, the setting-up of a collective narrative on climate change around the €G currency makes the bank and finance really green.

While global issuance of green-bonds surpassed $250 billion in 2019 (3.5% of the total $7.15 trillion global bond issuance), a publication of September 2020 from the BIS, concludes that:

« 1) Current labels for green bonds do not necessarily signal that issuers have a lower or decreasing carbon intensity, measured as emissions relative to revenue.

2) Rating firms, rather than bonds, on their carbon emissions could provide a useful signal to investors and encourage companies to increase their carbon efficiency.

3) Ratings, which could complement existing labelling systems, can be designed to provide extra incentives for large carbon emitters to help combat climate change ».

The proposition of the €G removes this limitation from green-bonds as it proposes, by design, to offer benefits in €G proportional to carbon emissions of the firms. In addition, green-bonds mobilise money from investors which are savings, i.e. money already existing, and not emission of new money (increase of total money supply as with €G issuance Rule N°1.

Green money at the root of green finance

The proposition to launch a blockchain-based carbon-free economy with €G is ambitious and unique.

Ambitious as it proposes the building of a systemic change, to be lead by central banks and governments. As stated by the World Bank in its June 2020, Transformative Climate Finance report, this green form of the €, analyses one option to make international public climate finance more transformative.

Unique as it offers economic agents the opportunity to hold an account showing a clear purpose (fighting climate change), while allowing them to use the currency as easily as regular €, to be empowered (rule N°1) and rewarded (rule N°2) for climate action.

Green-euro is inclusive, not only in the sense of including more people in financial transactions, but also as it removes the risks of banishing carbon emitting firms as explained by BIS 929.

€G, in a world of bank assets which are exclusively brown, could signal the change in colour as suggested by BIS June 2021 paper N° 946.

An other recent paper of june 2021, on the green interest rate, indirectly promotes introduction of €G CBDC :

Finally, it is not possible to assert that the €G could be a stable coin. The €G is a complementary form to the existing two forms of the € (cash and scriptural money), and is used as traditional € for daily trade. It is only indicating that €G, as opposed to classical € does not contain any fossil energy. A €G is backed by a reduction of CO2 emission. The usage of €G, as a means of trade, is not used for storage of value, and is used within existing means of payment. Development of new  payment systems are not required to circulate €G now. The focus is not on reducing payments costs, but on limiting climate change impact.